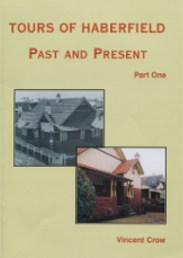 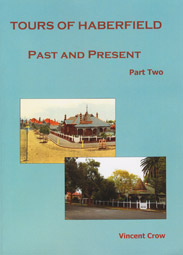 Should you wish to find out more about the early history of Haberfield and its heritage value, Tours of Haberfield: Past and Present, Part One and Part Two are available from the following shops:

Part One: has over one hundred pages of information and illustrations pertaining to the late nineteenth century subdivisions of the Dobroyde Estate and the first Haberfield subdivision by Richard Stanton in 1901.

Part Two: contains information on and photographs of the area generally bounded by Sloane Street, Parramatta Road, O’Connor Street, Tressider Avenue and the nearby section of Hawthorne Parade. It includes Ramsay Street, Logan and Nicholls Avenues and Haberfield and Stanton Roads. This area comprised subdivisions 2, 4 and 5 of Richard Stanton’s Haberfield Estate. Part Two has over 55 photographs many of which have not been readily available to the public before now.

Part Three: this book comprises two sets of tour notes whereby people can walk the streets of Haberfield and gain an understanding of its history and heritage value. The first set deals with the Third Subdivision of the Dobroyde Estate in 1885 and the Northcote Estate of 1905. A list of streets in each tour is given in the Preface. Part Three completes the 19th centuray residential subdivision of the Dobroyde Estate and Richard Stanton's Haberfield Estate begun in 1901.